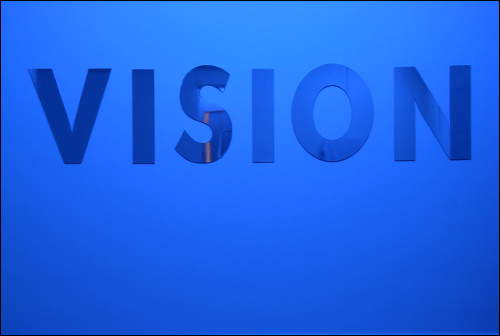 Isabelle Levenez, bleu vision
Infinity, or an impression thereof, is something that is often attempted yet rarely achieived. One of the most frequently utilised means is colour, with blue being the most favoured one on account of the impression of distance it inevitably gives. One painter, Yves Klein, even made the colour blue one of his principal subject matters and the titles of many works. 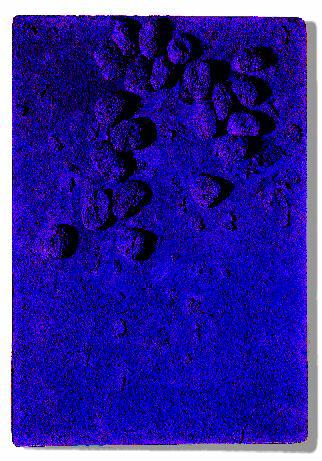 But the colour blue, to be seen and felt as an impression of inifinity, can also be used against other colours. An obvious way to enhance the effect of distance and depth it produces is by using the contrasting colour yellow, as in these two paintings, the first by Peter Doig, 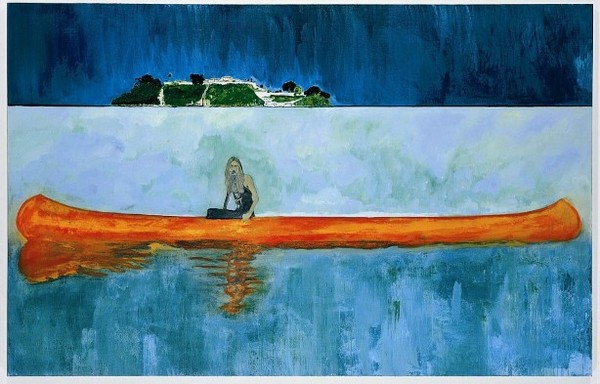 and in the one below by Mark Rothko. 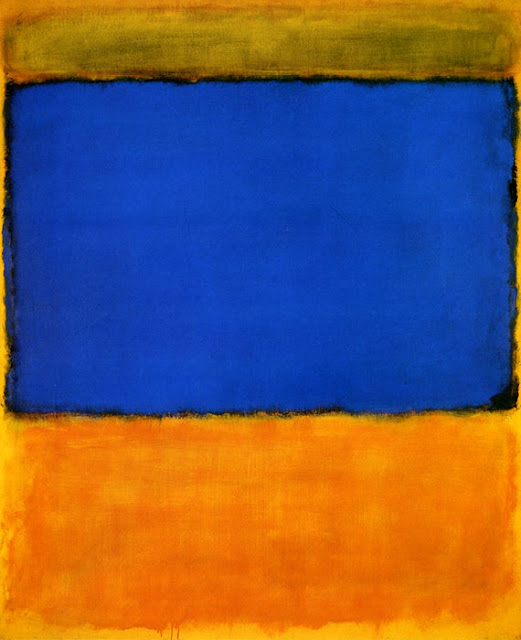 Other ways of creating an impression of infinity, or at least of huge distance and scale, are used in architecture. For example in Gothic cathedrals like this one, in Laon, northern France﻿, in which light and colour also play their parts. 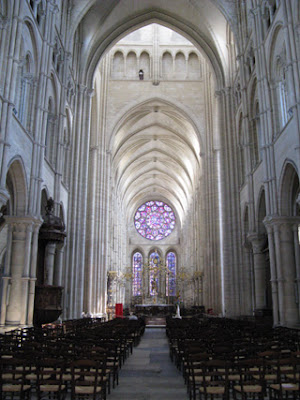 The "light-box" effect in this installation by James Tyrrell is not that far removed from the effect produced by looking along the nave of a gothic cathedral. 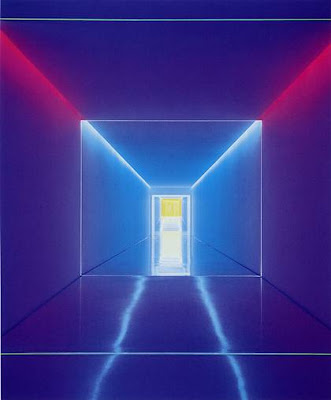 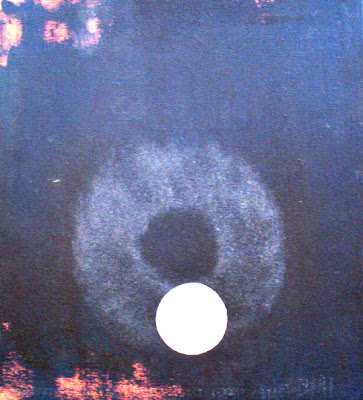 ﻿
Infinity can also be sugggested in painting by form, such as the circle. In the painting above, the Australian painter Blanchflower combines this use of the circle with the colour blue, which makes us loose almost all sense of distance. Perhaps the painter to have made the most uses of the circular form to suggest infinite distance, or at least a loss of finite perspective, was Turner. One is drawn into some of his paintings by a vortex effect as in this one of a boat in a storm. 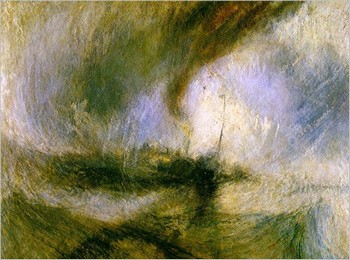 Of course the elemental nature of water, and its imperceptible blending with the sky, also plays its part in this picture. Photographers often play with water in this way, to suggest something out of time and space, and so tending towards the infinite, as in this photograph by Ryan McGinley, whose work I showed in a recent article. 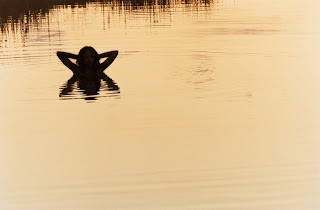