Billie Holiday is the best

I do not know of another singer that can move me quite like Billie Holiday. The lady's real name was Eleanora Fagan, which I actually prefer to her stage name. Yet the name Holiday she took from her probable father's own stage name, his real name being Halliday (hard to follow, isn't it, and nothing to do with the French pop singer who cannot sing anyway). Her youth was a successions of hard times, hard work and little play, and not much school in between. She died young (44) and lived an often sad life, despite the recognition that she earned during her lifetime. She was an extraordinary singer, with a totally original tone and way of phrasing that just blended and played with that of the musicians that worked with her, particularly Lester Young, who gave her the nickname of "Lady Day". But she was also a talented, though sporadic, songwriter and was very beautiful. 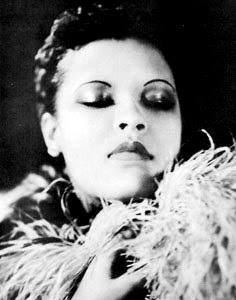 "Day and night, night and day", could have been a suitable epithet for her as the lady destroyed herself through misuse of various substances. Her love life was also tumultuous, occasionally intense and often harsh, and the poignancy of this shines through in several songs, perhaps no more so than the beautifully sad "Fine and Mellow". It was listening to this once again the other day that prompted me to write this article, and in fact to start a chapter on music in this blog. Here is a version sung late in her life. It may not be the best one in vocal terms, but the musicians, with, in order of appearance, Ben Webtser, Lester Young, and Gerry Mulligan (what else?), are the tops. That first solo of Lester Young!


Billie Holiday - Fine And Mellow
envoyé par alternativa. - Regardez plus de clips, en HD !
This song originally came out as the reverse side to her 1939 recording of her most famous song, "Strange Fruit", which spoke clearly about racial hatred and the atrocities that this provoked in the south of the United States, then and indeed afterwards. 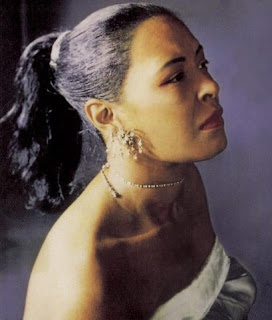 Although the later pictures of her can show the effects of time, and the life she led, I fnd her just as beautiful, if not more so, than when she was younger (see right and in the video). When you hear how her voice evolves from the earliest recordings, with that clear-as-a-bell tone, to the later ones with the more husky sound and the often slurred words, you literally feel those traces left by life on this woman. But no other singer really matches her constantly changing rhythm, her phrasing that can lend different senses to the same text, and the sheer emotion that comes through in her best interpretations.

Lady Day for ever, through the night.
Posted by Unknown at 19:34