When you are travelling and are prepared to improvise, you can get very lucky sometimes. For example, there is a well hidden little motel, really just a collection of cabins for fishermen and families on holiday, bunched around a small bay on the vast Clear Lake in northern California. 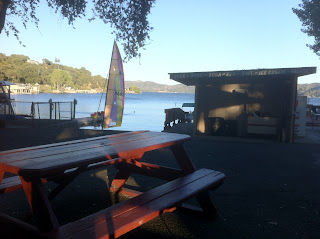 The place, like a few others around the USA, is called Indian Lake Resort, and it lies on Highway 20, just west of the fairly dreary resort town of Clearlake Oaks, on the northside of what is California's largest natural lake. Looks ordinary? Well, it feels like paradise after a day on the road! 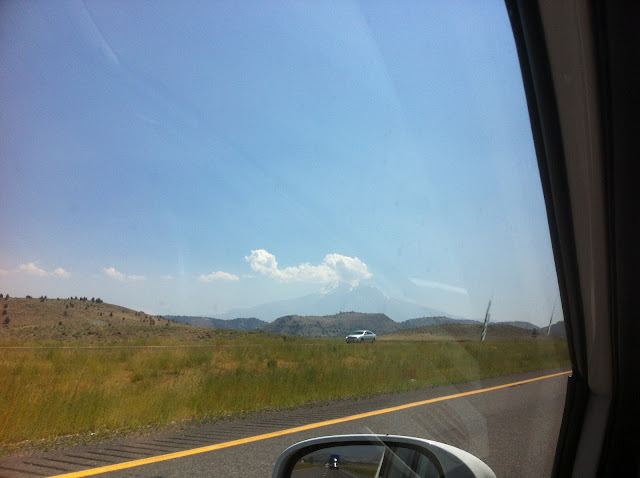 Shooting from the wheel along Highway 5, with Burney Mountain and its clouds in the background 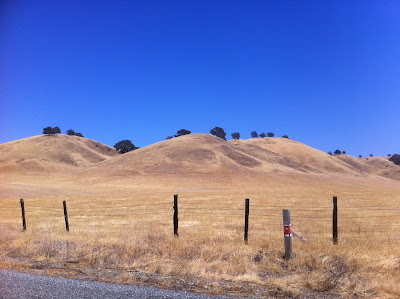 And then down that long dusty road cross country


Having been driving most of the day down from Oregon, first on Highway 5, then branching out, through some degree of boredom, onto little roads that sometimes became dirt tracks and, on occasion, ceased to exist after a while, finally getting through a recently extinguished fire zone onto Highway 20 heading west, I was about ready for anything that might have a bed in it. The first motel on this vast lake looked a bit too roadside and boring. The next one, on the lakeside, was apparently being refurbished by Indians (from India!), but we sort of hit gold with the 3rd one, called, like many others around this country, the Indian Lake Resort. 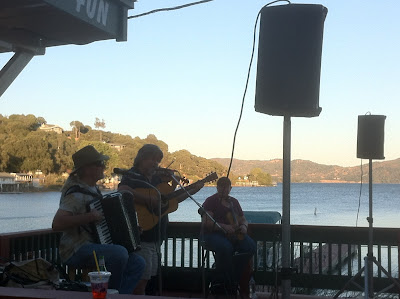 As I walked into the compound under the shade of drooping oak trees, with the sun going down to my right, I could hear fiddle and accordeon music coming up from a pontoon on the lakeside. It sounded good and the place felt peaceful and friendly. In the office, Tony Benevento greeted me and, after a discussion on how to convert miles to kilometers, quickly said that we could have the recently refurbished suite cabin for a night at a special rate and that there was food and a concert all for free in the package, since his place does this every Thursday, with different groups playing. Tonight was a folk group. I settled readily for such a deal, especially given that the place also has the excellent San Franciscan Anchor beer.

Tony, it transpired, is himself a musician, loves (amongst other stuff) blues music and is about to return to Italy, the country of his ancestors, for the first time in his life for a  holiday. We got talking and the next morning he kindly set up a quick tour of some local wineries, about which more in another article to come.

After eating, I listened to the musicians until the light faded on the lake and they packed up. They played all kinds of things and there were some quite magical moments with a set of Irish dance numbers in whch the 2 lady fiddlers excelled. I had to tie my feet down! Early the next morning, I watched the sun rise over the lake and read the astute and sometimes scathing observations of Italo Calvino on his first visit to the USA in the late 1950's. 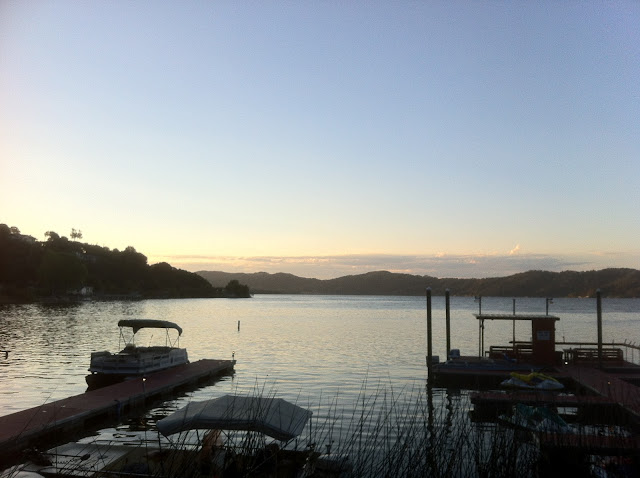 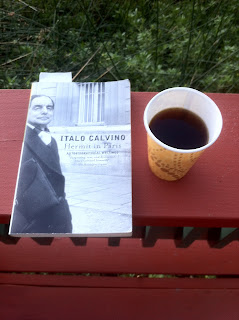